A sad goodbye to Barnaby. Rehoming a dog guilt. 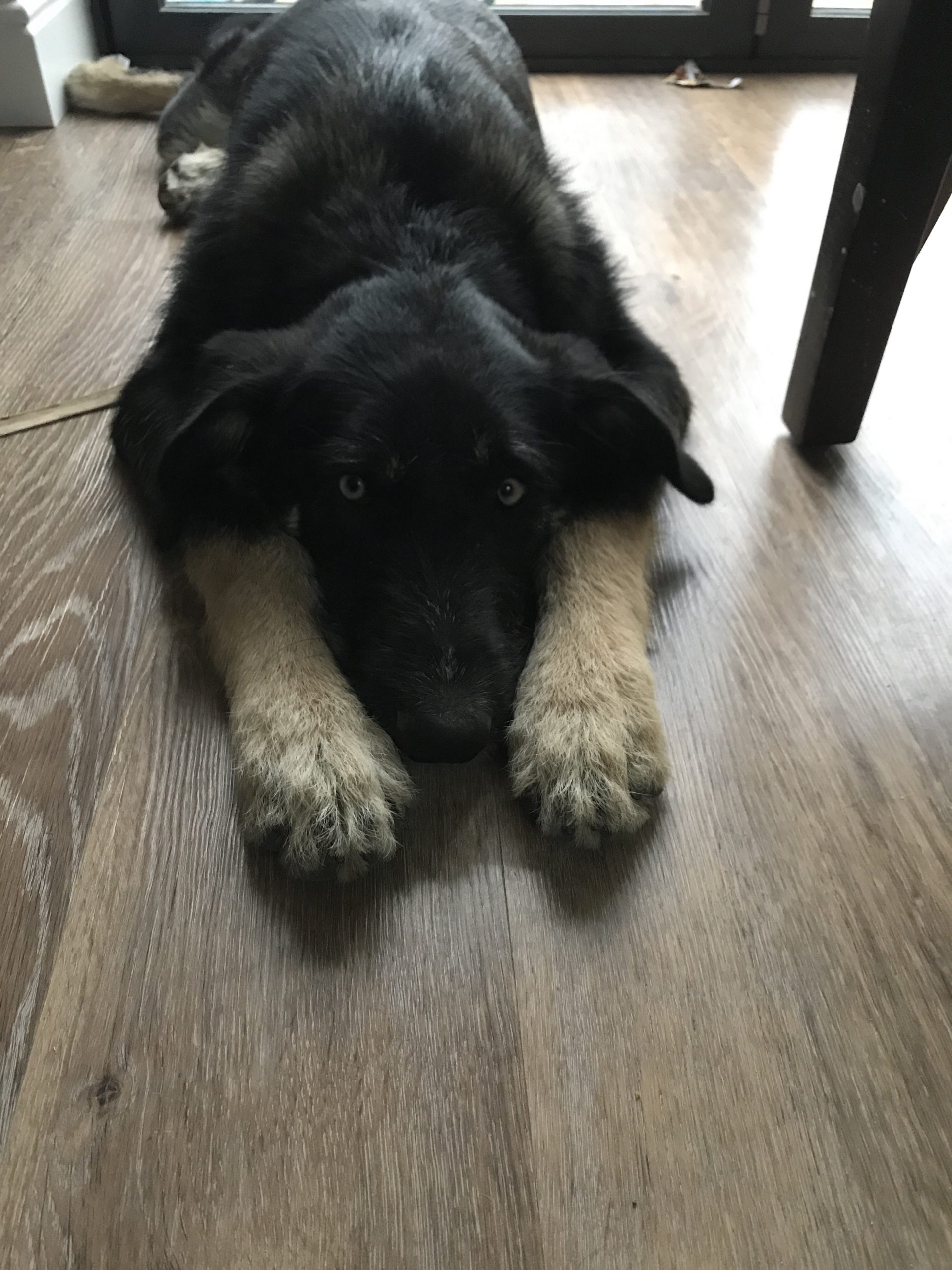 I can’t actually believe that I’m typing this, but my heart is breaking and my eyes are swollen from crying so I know that it’s real, last week marked Barney’s first birthday (as near as a rescue dog can be aged) and just days later marked the day we had to say goodbye to him. Rehoming a dog guilt is so very real, but I know it’s the right thing, for him and for us. 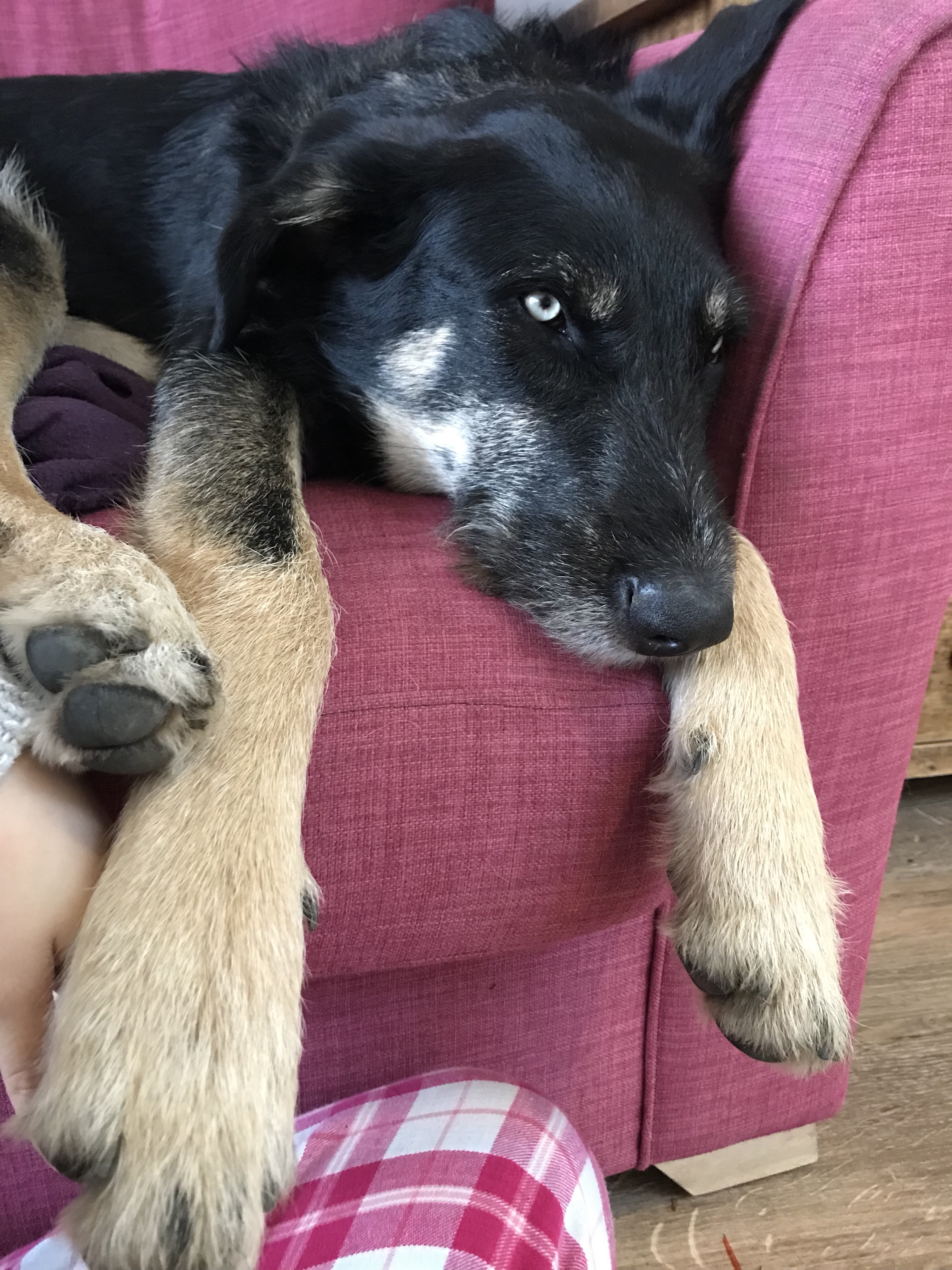 8 months ago when we picked him up, we were full of excitement and anticipation, it had taken us so long to make this decision. Our beloved lab Monty died in January and for 6 months we tried to live without a dog but we found it so hard it seemed like fate when we met an Amiici dog and learnt about their amazing charity rehoming dogs from Romania. Within two weeks of making contact, we were picking up a giant puppy, with the most enormous paws. For 8 months we have poured heart and soul into him and although it took a while, we fell completely in love with him.

Rehoming a dog guilt is real but it was our only option.

For a while now though, we have been worried about the affect that our busy household has been having on him, as he gets older, he’s been showing increasing signs of anxiety, having difficulty allowing strangers into the house and becoming fear reactive on the lead, making walking more tricky. (On some reflection, we have realised that he is not a pack leader, he is the first to run at any sort of skirmish in the park and he has been getting too stressed as the only dog in a household with a lot of perceived threats and no other dog to tell him it was ok.) 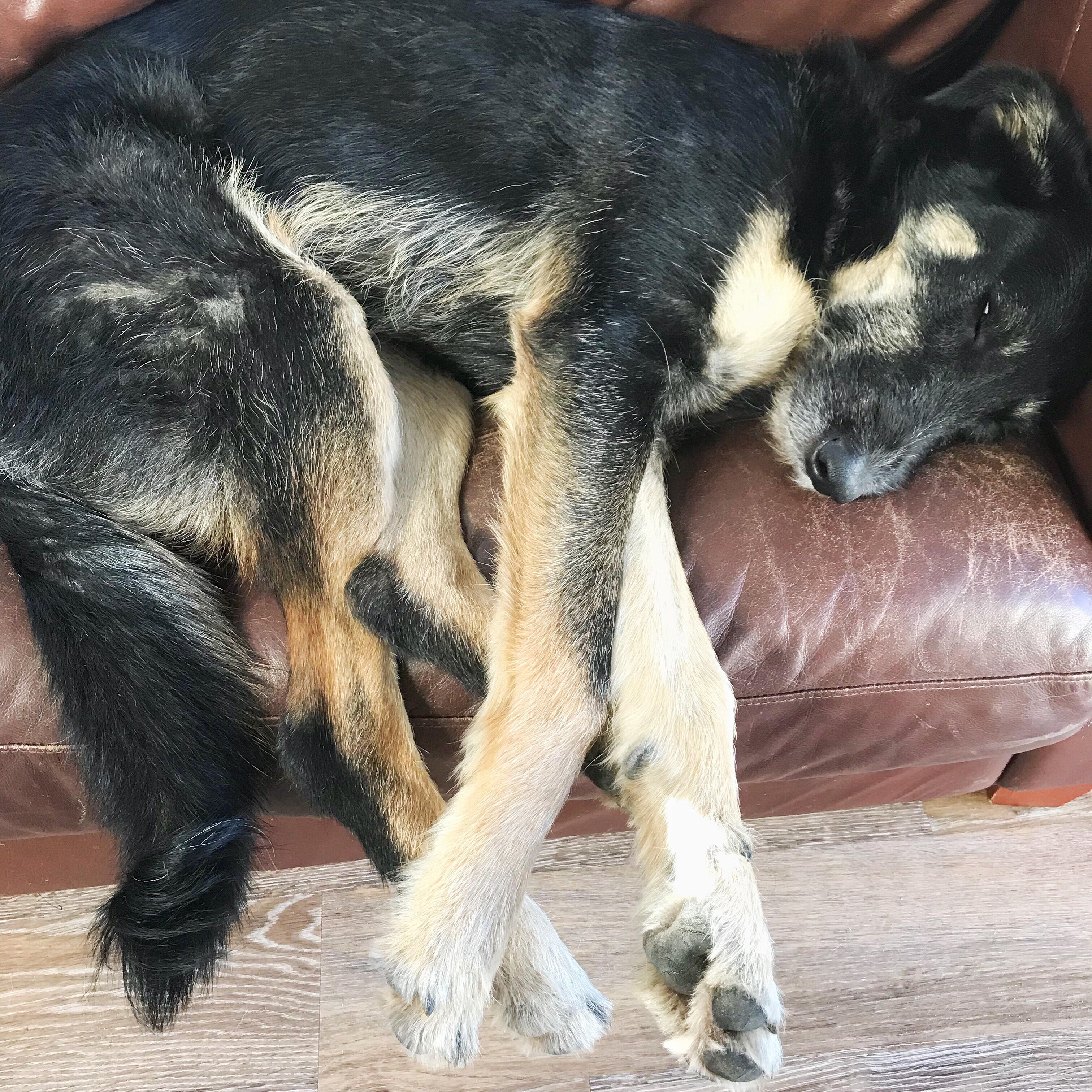 When it isn’t safe to keep your dog

He has been barking at children that come for playdates, meaning he was having to be shut away more often, and the final straw has been him starting to growl at the children when they come near him and then snapping at them when they don’t register. If they were older, we could have explained but they have been used to Monty and keep forgetting to give him space. It isn’t fair on him or them. After seeking advice from the wonderful charity we got him from, we were advised that it would be in all of our best interests to return him to them so that they can find him a new home with older or no kids and people that can devote the time to training with him before something really bad happens. We were just not in a position to take on a nervous dog as we don’t have the time to put into him and it turned into a potentially very dangerous situation. 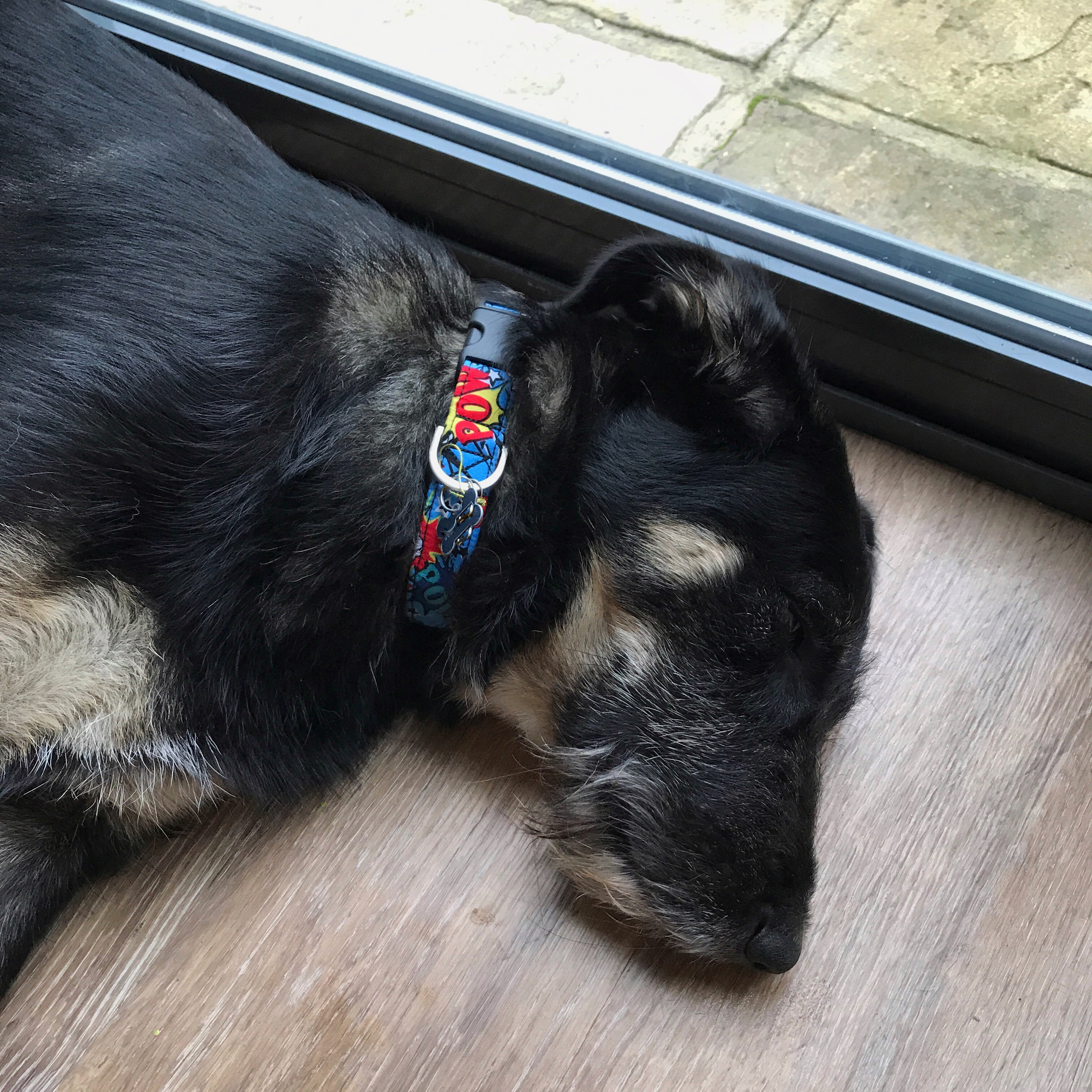 Also, the bigger he got, when he got overexcited and ran with the children as they tore up and down the garden, he had a tendency to knock them flying, something that was making them nervous. The saddest thing of all about this tragic outcome? He is the loveliest dog, sweet, friendly natured and wanting to be everyones’ best friend, picking up his training with lightening speed, he was even able to be taught by the children who used to say ‘Rock, Paper, Scissors, Shoot’ to him and he’d put his paw out. We love him so so so much and just hate this situation so much. 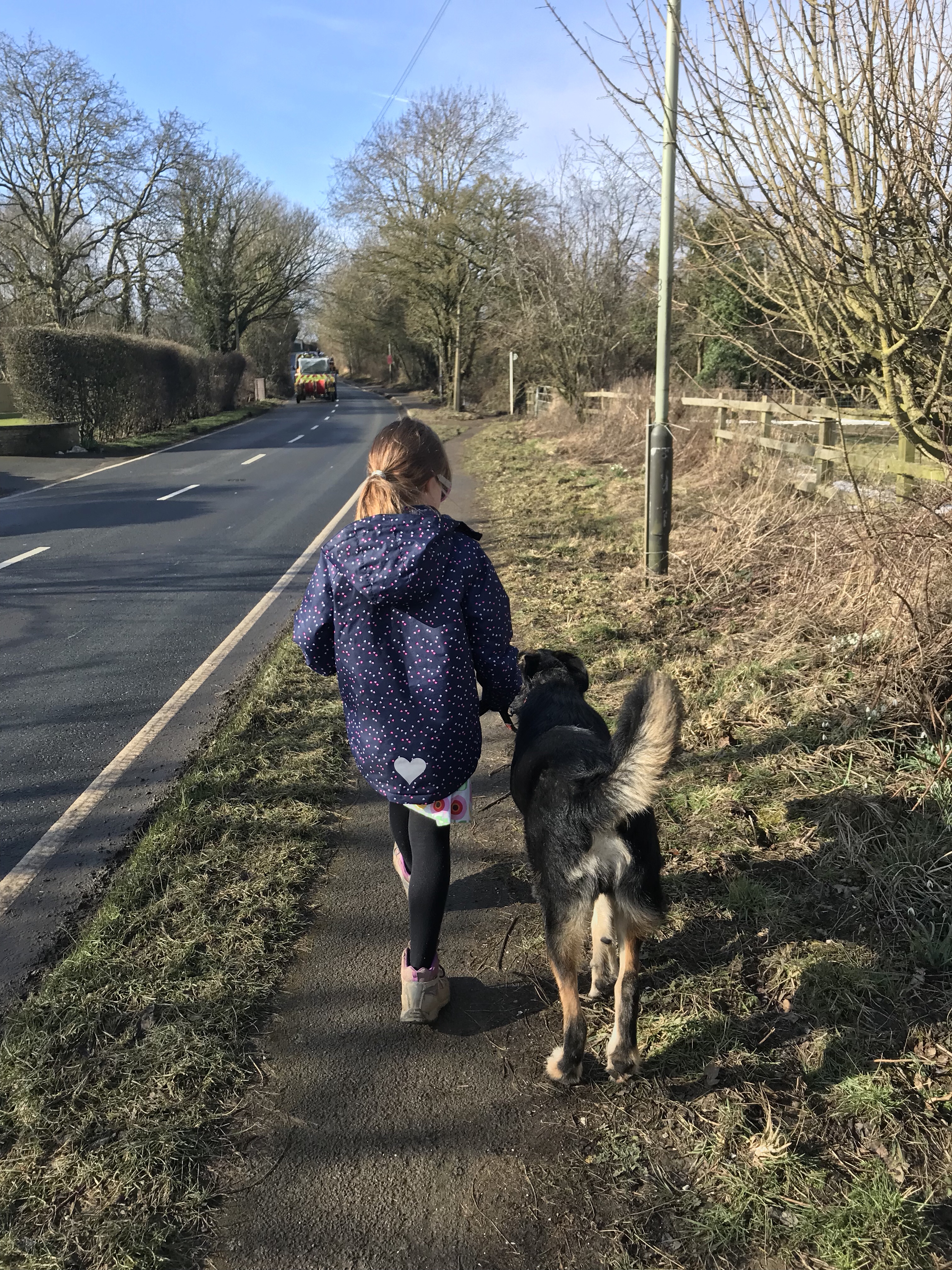 When there are children involved

If my husband and I didn’t have children, there is no way that I would be typing this, but we do, and they come first and we knew that should the unthinkable ever happen and he nipped one of their friends as he was trying to herd them or knocked a child flying in the park and they were hurt or worst of all lashed out in frustration, he wouldn’t be getting this option and so we have done this for him too, as painful and traumatic as it is. I am barely able to see the screen through my tears as I think of him tonight, wondering where we went. Why we left him. It is honestly one of the most traumatic endings that I never imagined for our story and I feel physical pain in my chest whenever I picture his face. 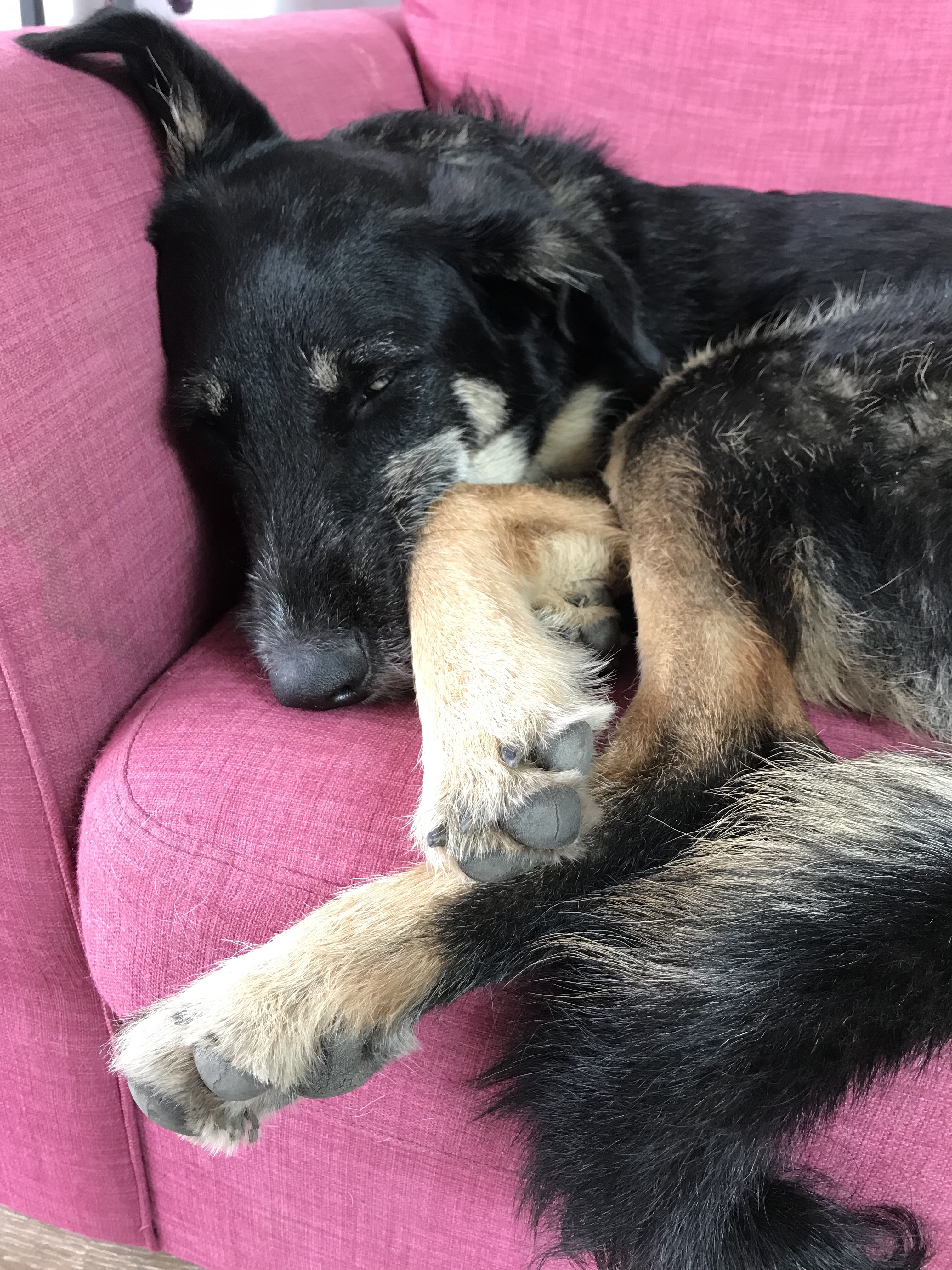 Does rehoming a dog guilt fade?

Well it’s hard to believe it has been so long. It has been over three years since we returned Barney to the charity that brought him over to the UK. Three years since he was rehomed to a family with no young children. I don’t know how he is doing, they chose not to have any contact with us and I understand that. They wanted him to be their dog. All I can hope for is that under a more experienced owner, with no noisy young children he grew to be the dog we always wished he was, calm, confident with men and with his fear reactive aggressive streak tempered. 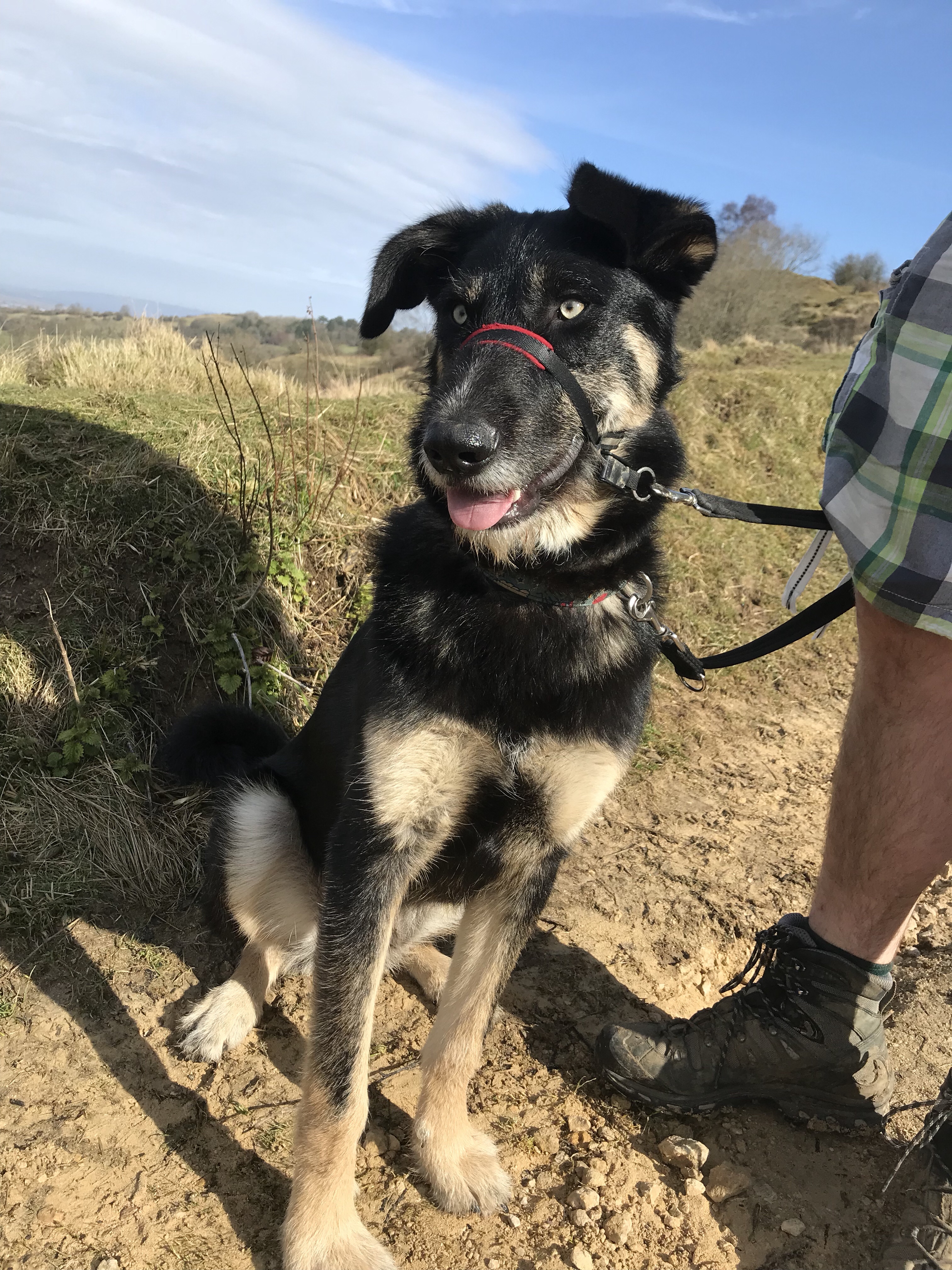 Can there be a happy ending?

Does the guilt of rehoming a dog ever fade? Well yes it does, looking back I know in my heart of hearts that we did the right thing, the only thing we could have done. Getting another dog has taught me that. We didn’t want another. My heart was too broken, but we missed having a dog around so much. We finally took the plunge and got Hendrix the Labrador and I can honestly say that I finally understand that sometimes a dog just isn’t right for your family. Through no fault of your or their own, the fit just isn’t right and I genuinely believe that it makes you a better owner to recognise that and put the dog before your own feelings. Hendrix is calm, gentle, patient and completely non reactive. I trust him fully around the children and he is their best friend. I’m not nervous walking him in the park and we don’t go on long obscure routes to avoid people.

As painful as rehoming a dog guilt can be, as sad as it is, as heart wrenching, sometimes it’s the best and only option. I never believed I’d rehome a dog, we were always the rehomers but in this instance, it was the safest option and the clarity of hindsight has made me secure in our decision. Yes I miss him, I hope he’s doing well, but I know that he is better off with someone else.

This site uses Akismet to reduce spam. Learn how your comment data is processed.